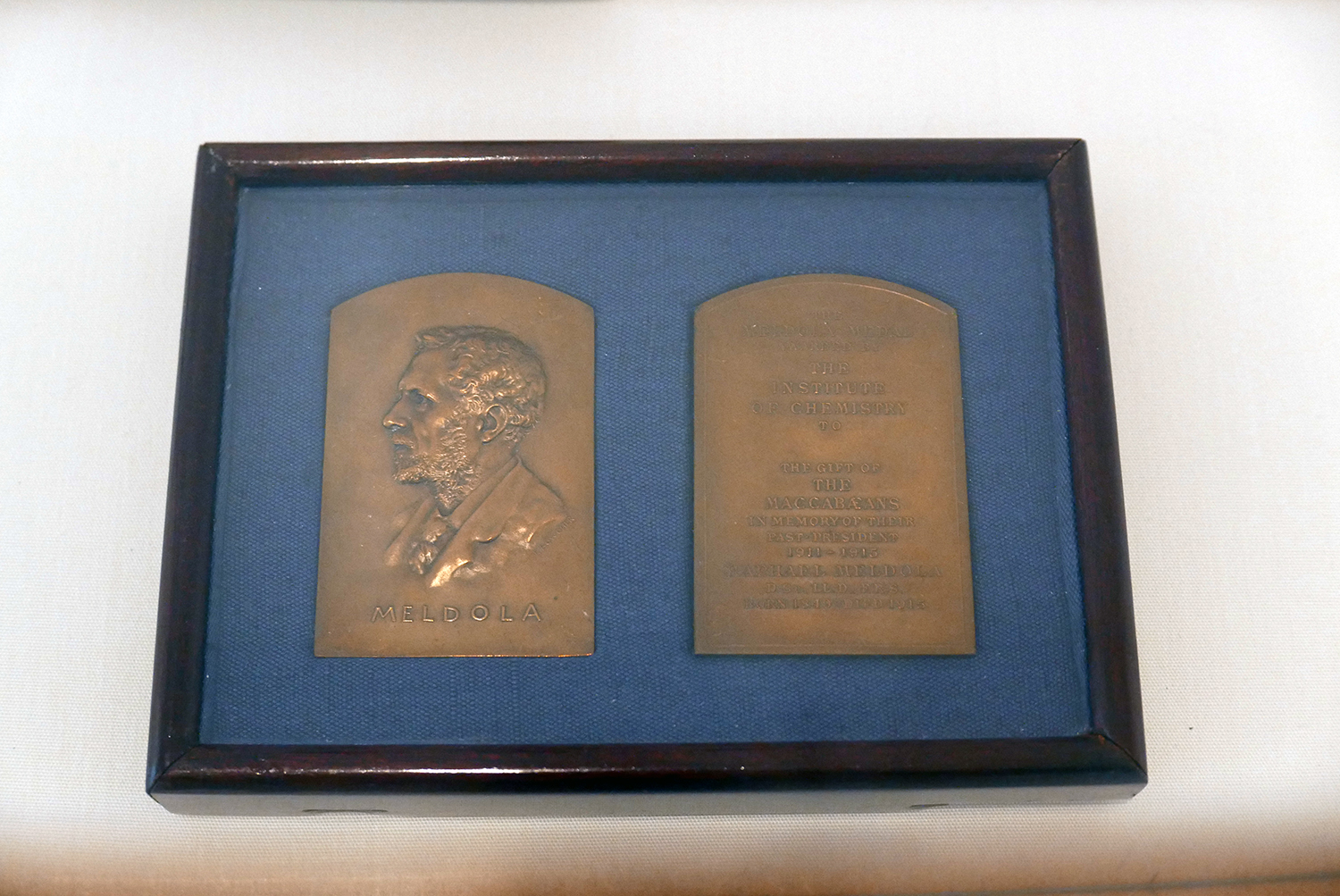 Raphael Meldola (1849-1915) was the grandson of the Chief Rabbi of London during the early 19th century and a friend of the evolutionist Charles Darwin. He was one of those all-round scientists, still possible in the Victorian age, with interests and publications in chemistry, natural history, anthropology, evolution, astronomy, photography and technical and scientific education. Meldola made his living as a chemist, and had some particularly fruitful years as ‘scientific chemist’ at Atlas Colour Works, Hackney Wick, for the firm of Brooke, Simpson and Spiller.

Colour drove the industrial field of chemistry at the time, and the making of synthetic dyes was the first science-based industry. Meldola was given free reign at Atlas to explore and publish research, and during this exploration he discovered Meldola’s Blue, the first oxazine dye. This was a significant finding as there was a growing commercial appetite to find stable chemical processes to produce colour for cloth that could replace the natural substances used until that point.

Despite the enormous commercial potential of this innovation, Meldola published the process for Meldola’s blue in 1878 without he or the firm having taken out a patent. German chemists later developed the colour for cotton and produced the dye. Meldola’s firm, however, did take out a patent on his discovery of the first alkali green, which they exhibited at the Paris Exhibition in 1878 under the name of viridine.

Many people lived close to the factories around Hackney Wick. Six thousand people lived there in 1879, in cramped housing built on top of rubbish tips. The nearby River Lea was horribly polluted from all the chemicals the factories tipped into it, including, presumably, Atlas Works.

Email ThisBlogThis!Share to TwitterShare to FacebookShare to Pinterest
Labels: Heritage